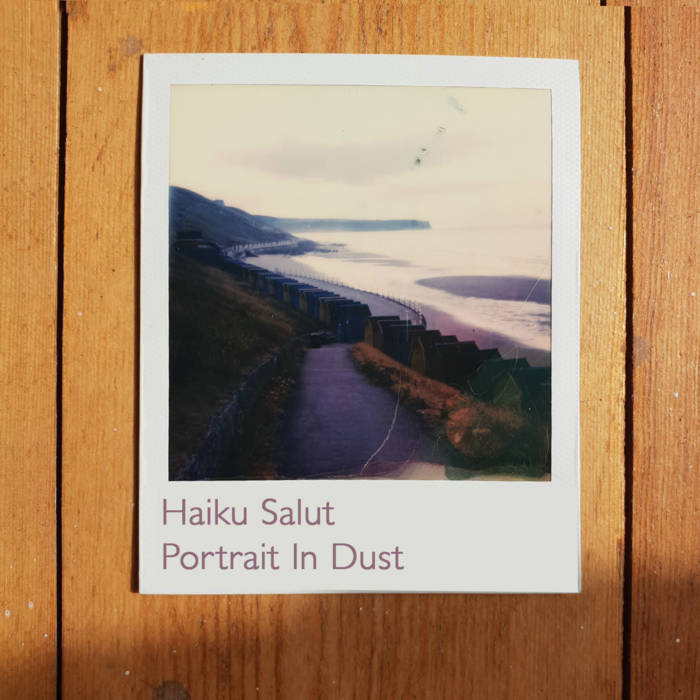 Haiku Salut will release two new songs, both over 10 minutes long, on Oct 9th and Oct 16th. The songs were written for a rescore project commissioned by Live Cinema UK, in which the Derbyshire Dales trio were set the challenge of writing a new score to two short archive films from the BFI National Archive.

The first song, “Pattern Thinker” (11 mins 24 seconds), provided the soundtrack for the 1940 black and white short, “4 And 20 Fit Girls”. The film is an evocative wartime curio, featuring a group of women in matching grey tunics undertaking a balletic exercise regime in a community hall, like Busby Berkeley directing “Passport To Pimlico”. Haiku Salut’s new score, meanwhile, marries intricate electronica with emotive post rock to create a joyous, expansive and hopeful soundtrack. The song was originally premiered at an online watch party on July 19th, with funds raised in the event going to three independent cinemas local to the band – Nottingham Broadway, Derby Quad and the Showroom Cinema in Sheffield.

The second song, “Portrait In Dust” (10 minutes 50 seconds), provided the soundtrack for the 1920 short film, “Nude Woman By Waterfall”, shot by pioneering British filmographer Claude Friese-Greene. In contrast to the graceful choreography of “4 And 20 Fit Girls”, this is a dreamlike, impressionistic piece, an experiment in mood, style and atmosphere – and Haiku Salut’s music matches this tone perfectly with a haunted ambient score.

“We were thinking: dust motes in sunshine, the smell of distant wood-smoke, Derwent valley fog, the inevitable deterioration of everything. Nothing. Everything. Being. A meditative arrangement for the mind and body after an aerobic workout,” explains Haiku Salut’s Sophie Barkerwood.

The song was originally premiered at an online watch party on Aug 2nd, with funds raised going to two more independent cinemas local to the band – The Northern Light in Wirksworth and the Hyde Park Picture House in Leeds.

The rescore project was produced by Live Cinema UK, supported by Arts Council England and Film Hub North, part of the BFI Film Audience Network. “Pattern Thinker” is out on Friday October 9th and “Portrait In Dust” follows on Friday October 16th, both released by Secret Name on itunes, bandcamp and streaming services.

How Does It Feel To Be Loved? UK

Bandcamp Daily  your guide to the world of Bandcamp